Cooperation with the relief worker 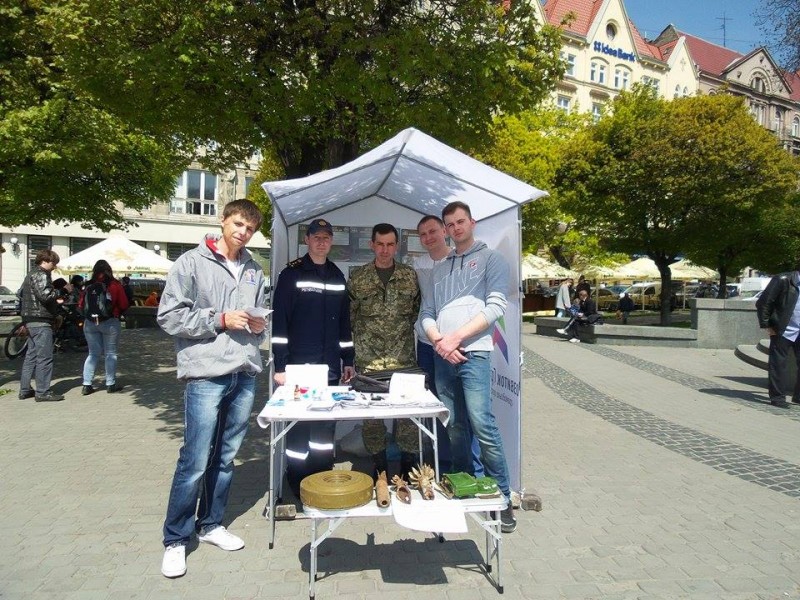 Instagram
In cooperation with the rescuers of Lviv region, community activists have begun a program of informing the population in case of emergencies.

In such a difficult time for Ukraine, when there is actual war with Russia, it is important to be informed how to act in different, even the most critical situations. Residents of the city require real knowledge to act effective and efficient in emergency situations. That is why the employees of the Main Directorate of the SSES of Ukraine in Lviv region and the activists of the "Community Development" began a joint program to inform the public on actions in emergency situations of a military character.

The program organizers have laid out the tent in the central part of the city, where residents can find explosive devices, including hidden. Qualified lifeguard near the tent tells how to make the "emergency case" - what medications and household items you must have in there. Also, everyone can get free tutorial – "the Actions of the population in emergency situations". 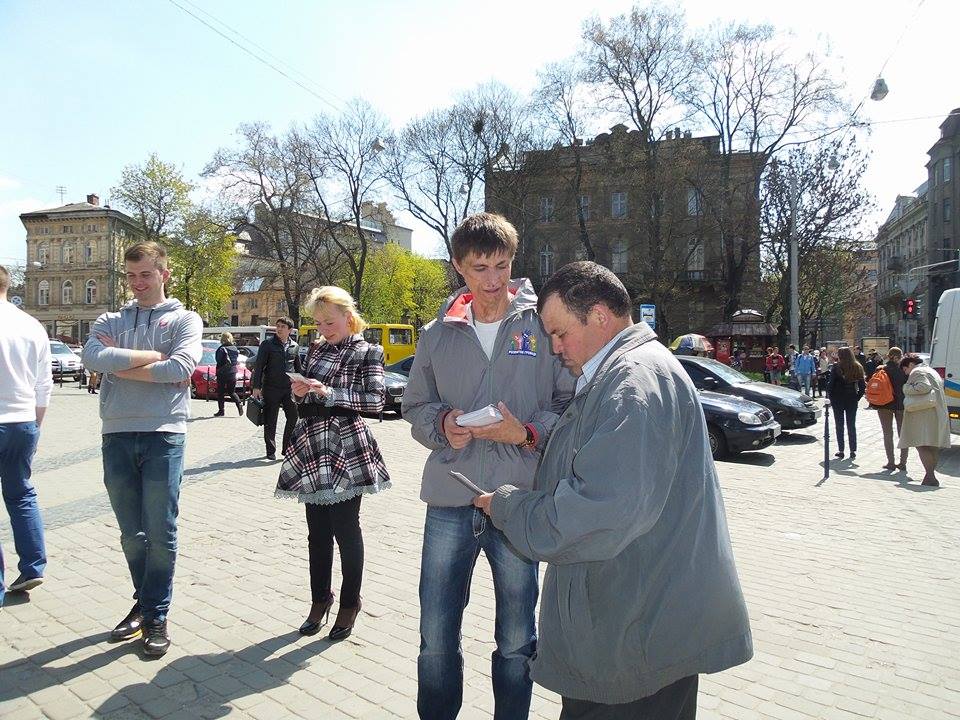 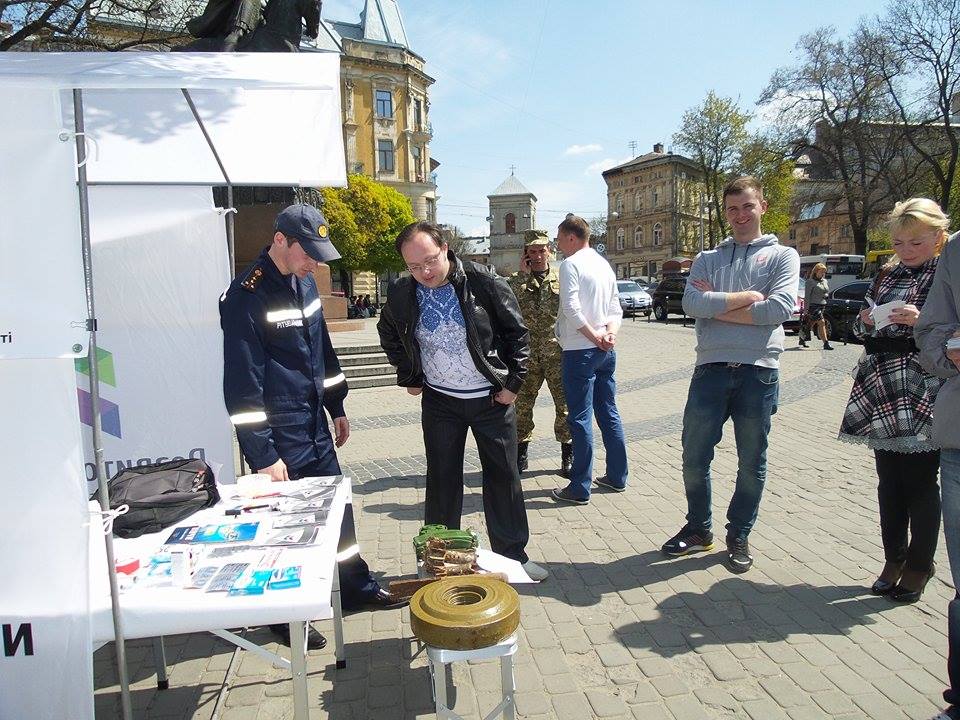 Tent aroused great interest among the population. Therefore, such awareness will be conducted by "nadzvychaynyky" and by activists of "Community Development" weekly, in different parts of the city.

"I'm convinced, that informed- is forearmed, so I am very grateful that social activists have teamed up with the rescuers to tell people simple things, which, however, can't save their lifes", - said Lyudmyla. 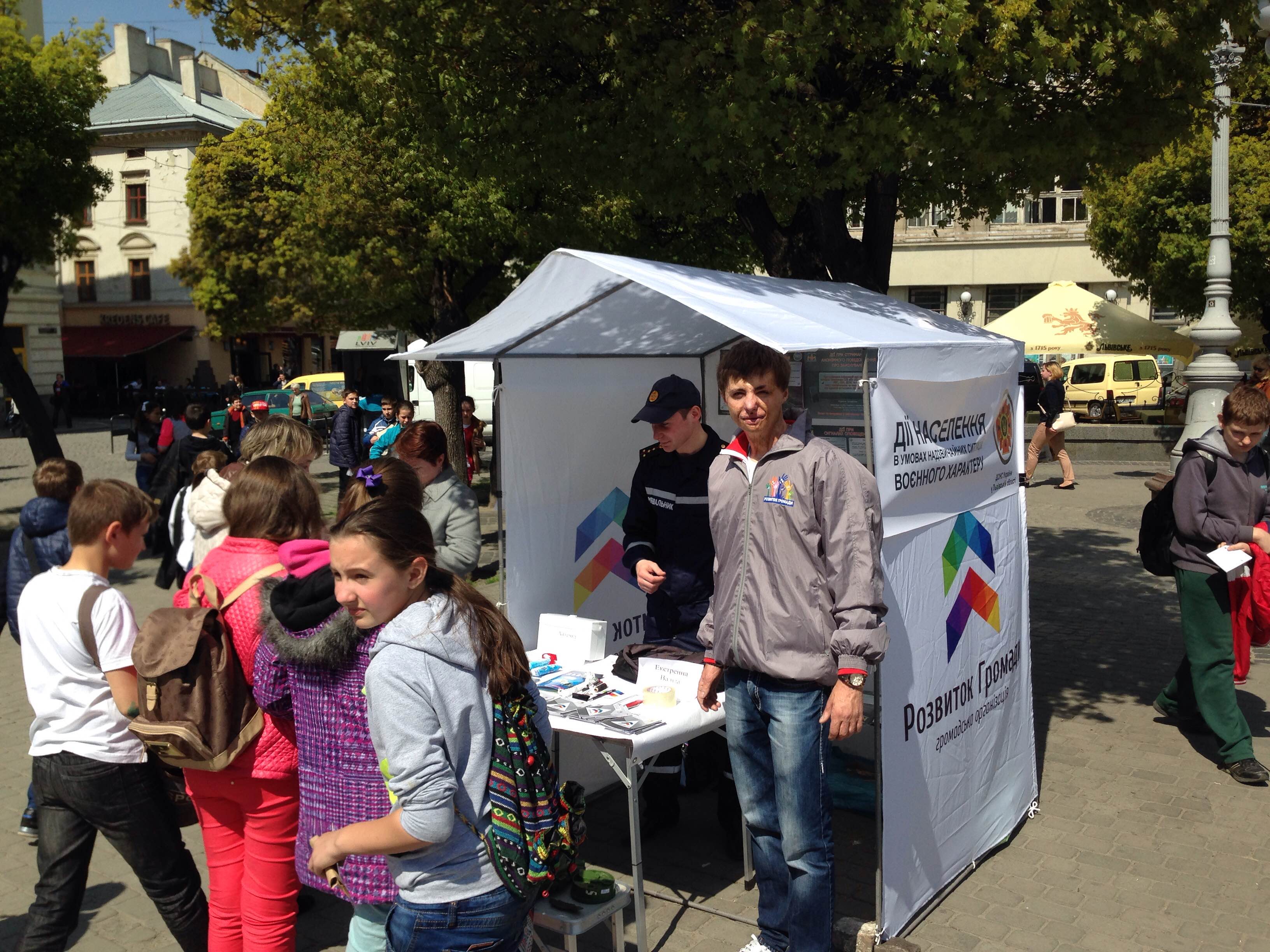 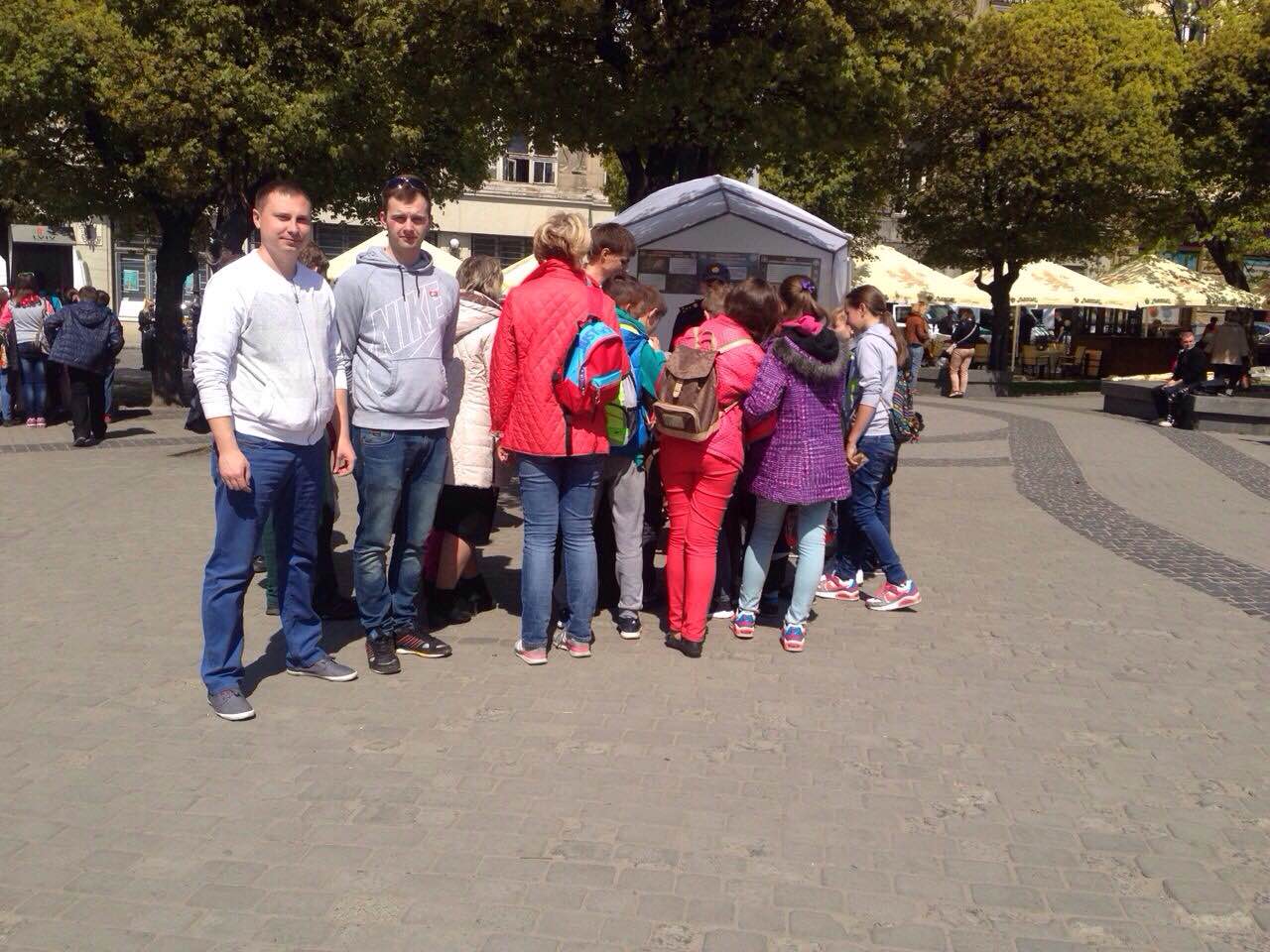 Schoolchildren from Lviv were told about the behavior in emergencies