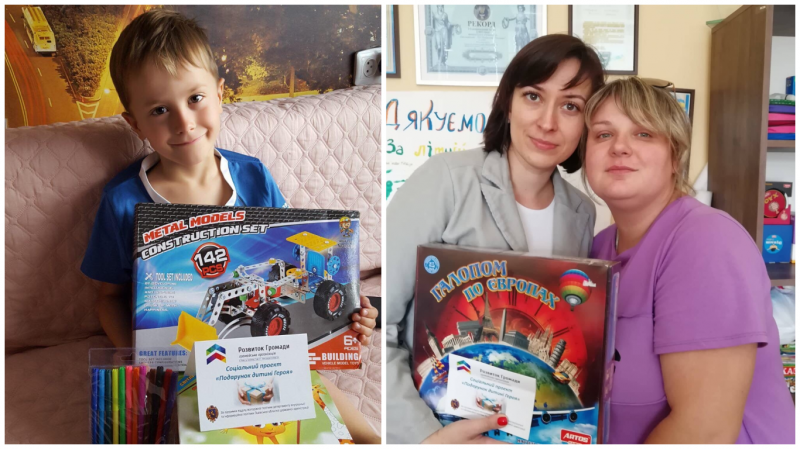 Within the framework of the social project "Gift to the Hero's Child", activists of NGO "Rozvytok Hromady" monthly congratulate children whose parents have been heroically killed protecting us from the invader, on birthday and passing them valuable gifts. During these two years, the project is being implemented with the support of the regional program "Youth of Lviv region" from the youth policy department of Lviv regional state administration.

We sincerely congratulate kids and wish them good luck, good health and only positive emotions. We also honor the eternal memory of their brave parents. Heroes do not die!

“European Assembly of Women-deputies.” presented the initiative of “Corner of Goodness” with the diploma, as one of the best in 2019

“Together for child”: The meeting of experts from different fields was held for the first time in Lviv region for the children’s interests