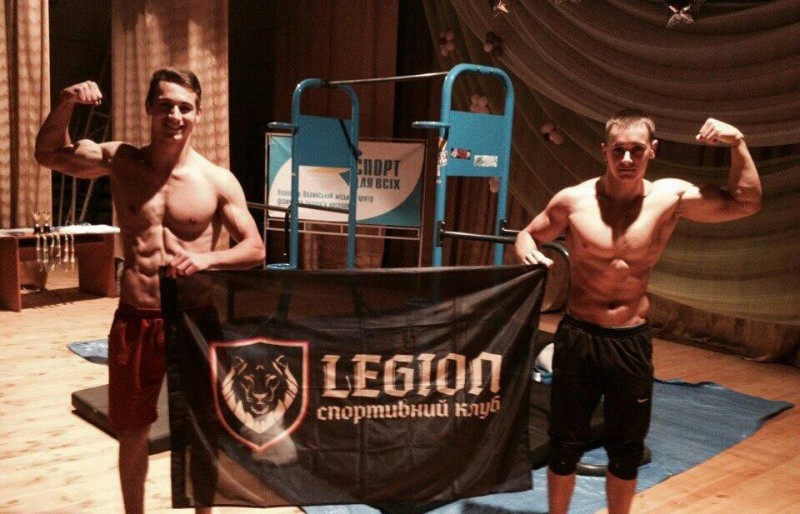 Instagram
This time, the representative of the "Legion" - Andriy Yakymovych became the winner in workout competitions.

According to the Day of the Ukrainian Defender, on the 14th of October, the open competitions in Street workout "CLOSING SEASON" took place in Novograd-Volynskyi. In the nomination Freestyle + Battle, the first place was taken by the "legionnaire" - Andriy Yakymovych. We congratulate the guy with another sports achievement. In general, 10 athletes from all over Ukraine demonstrated their skills and abilities. Lviv was presented by participants of the SC "Legion".

"Our guys always train and improve, this is why they conquer the sports Olympus confidently. This is not the first time Andriy achieves victory and, I hope, he will continue doing it in the future, because he is very strong, full of excitement and inspiration,"- says Roman Tsygylyk, a co-founder of SC "Legion".

Let us recall that Oleg Senchenko, Ukraine's vice-champion in Pankration, and Ukrainian Junior Champion in MMA has made his debut in the MMA Pro Ukraine 13 tournament recently.

Fighting against rude and not well-timed transporters in Bryukhovychi

Secrets of a young lady: ERC pupils learned how to take care of their own health

The football championship gathered children again on the football field

Hippotherapy for needy children in Bryukhovychi

The camp of happy people in Briukhovychi has ended

In Briukhovychi children and ATO soldiers talked about peace in Ukraine

Pupils of the St. Nicholas rehabilitation center mastered the profession of confectioner