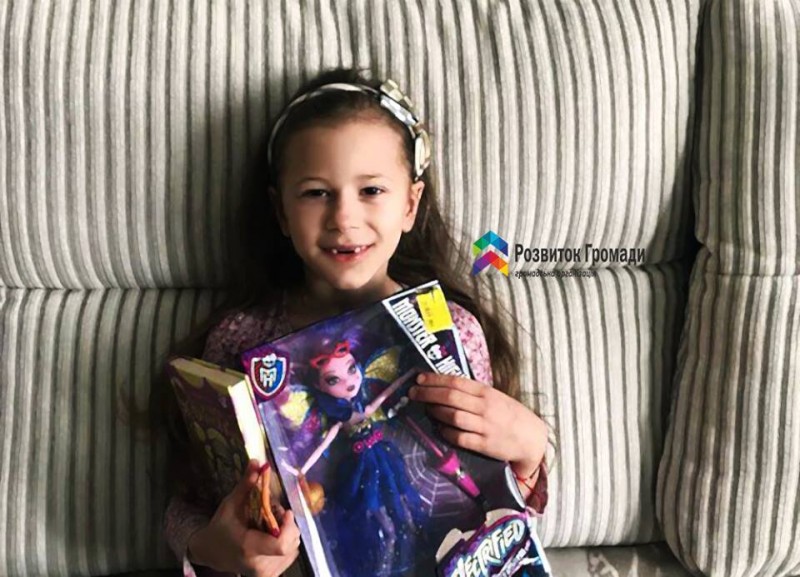 Instagram
In March, as a part of the social project "Gift to the Hero's child", activists of the NGO "Community Development" congratulated children whose parents died heroically, protecting us from the invader, with birthday and handed them valuable gifts. In the first month of spring,  Victoria Prykhodko, Bogdan Bodnar, Vadym Mykhailov, Vasyl Trush, Anna Bezruchak, Oleksandra Rokytska, Angelina and Ruslan Velyvok celebrated their birthdays. We sincerely greet children and wish them all sorts of goodness, to be healthy and lucky.
Let us recall that Volodymyr Bodnar died on the 17th of May in 2015 as a result of an explosive blast. Sergiy Mykhailov's life was cut off on  the 20th of March, 2015 in the village of Donezhnykove, Novoaidarsk district, Lugansk region. Vladyslav Velyvok passed away on the 26th of August, 2014 in the village of Khriashchuvate, Krasnodon district, Lugansk region. Volodymyr Trush  was killed on the 31st of October, 2015 in Avdiyivka, Donetsk region. Andriy Bezruchak died on the 25th of August, 2014, in the village of Kuteinykove, Amvrosiy district, Donetsk region. Eternal memories for the Heroes!